As seen on Local Dish 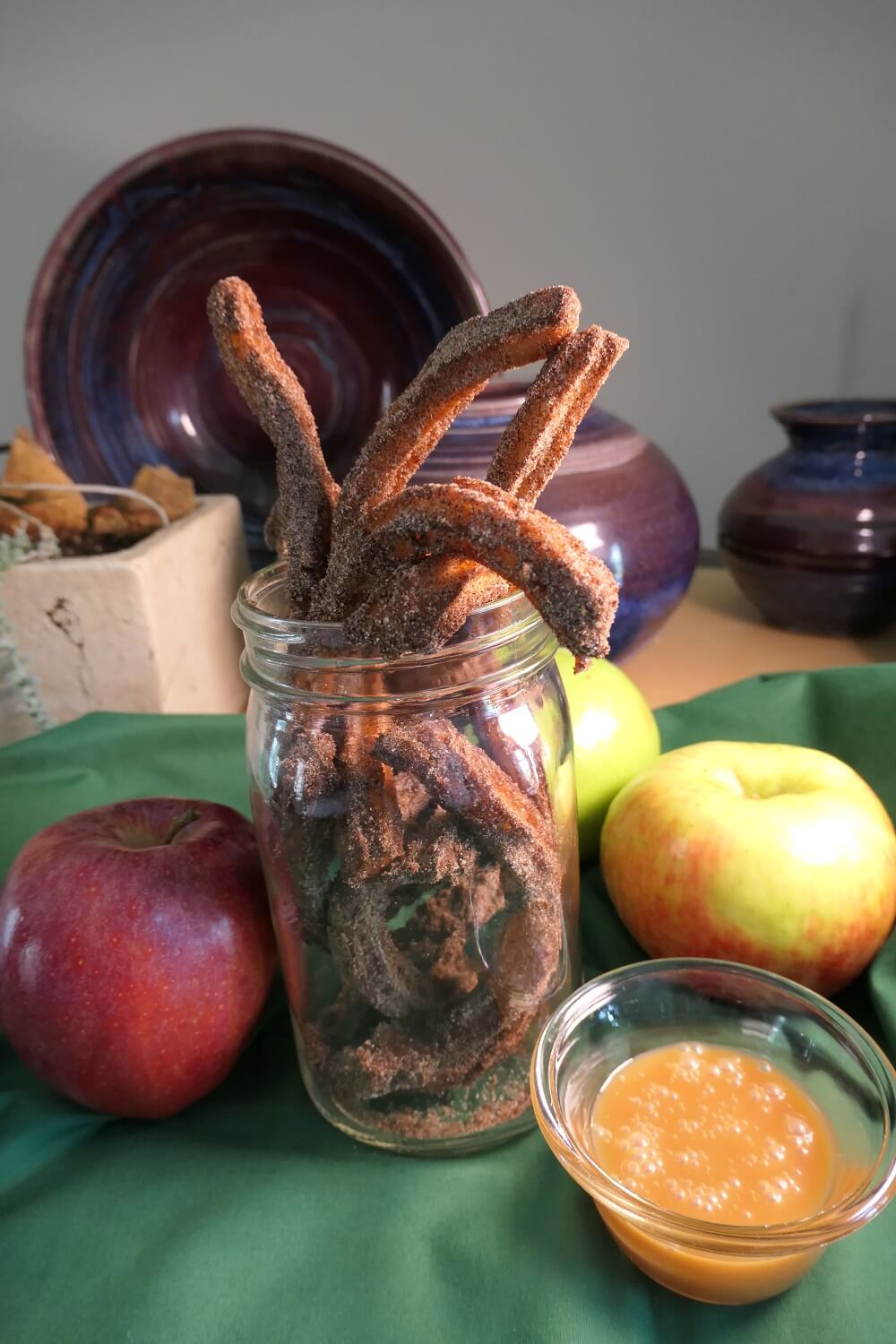 Since the fair was right around the corner, we couldn’t resist combining our NC Fall apples with a fair favorite – the Churro!

Shred apple and set aside on a paper towel or in a bowl to drain.

In a large saucepan over medium heat, add water, butter, and sugar. Bring to a boil, then add vanilla. Turn off heat and using a wooden spoon, stir in flour and salt. Stir until thickened, 30 seconds. Let mixture cool for 10 minutes.

To cooled mixture, using a hand mixer, beat in eggs one at a time until combined. Press shredded apple with a paper towel to remove as much moisture as possible. Stir apple into dough mixture. Transfer mixture to a piping bag fitted with a large open star tip (Wilton #2110 or 1M).

In a large pot over medium heat, add enough oil to come halfway up the sides and heat to 375°. Holding the piping bag a few inches above the oil, carefully pipe churros into 6″ long ropes. Use kitchen scissors to cut off dough from piping bag.

Fry until golden, 4 to 5 minutes, turning as necessary. Fry 3 to 4 churros at a time and let oil come back to 375° before each batch. Remove churros with a slotted spoon or tongs and immediately roll churros in apple cinnamon sugar mixture, then place on a cooling rack.