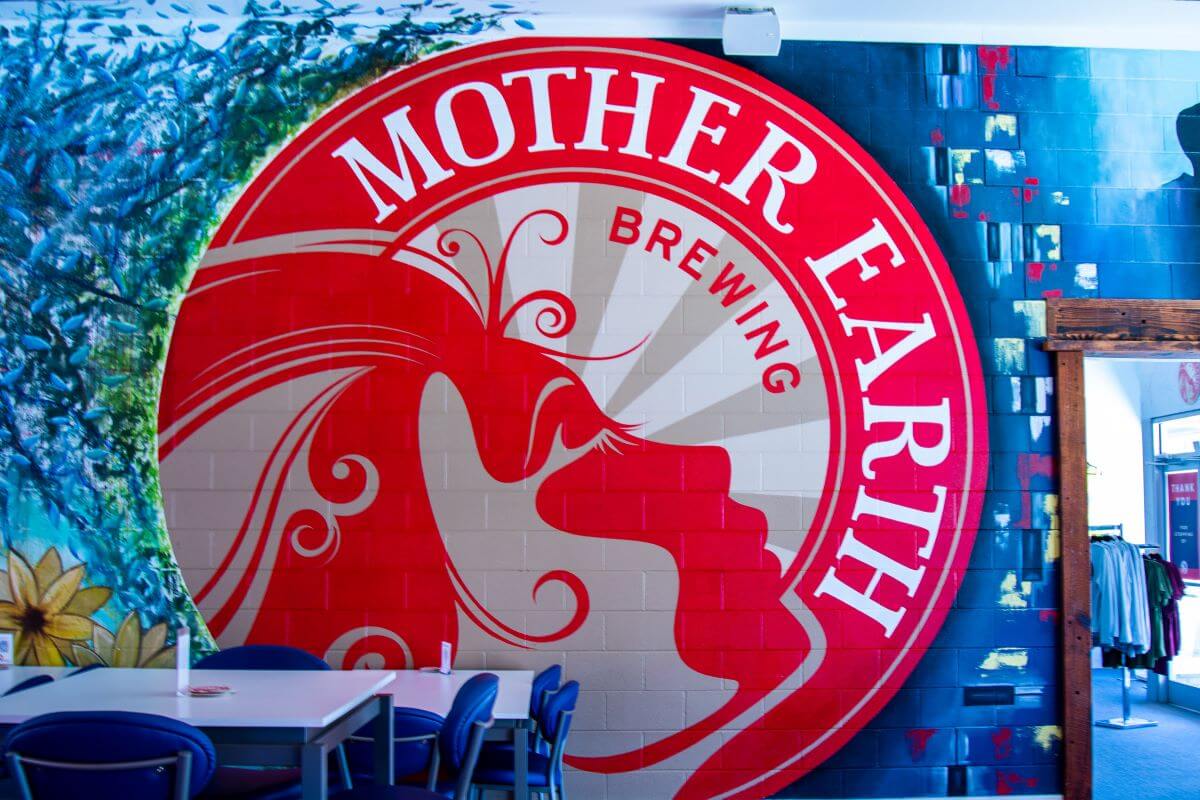 Each beer is created all the way through at Mother Earth Brewery- the taste, the vivid can and tap art, and the creative names. The names of the beers derive from parts of the owner’s lives- such as Trent’s wife loves weeping willow trees, and one of their beers is titled the Weeping Willow Wit. Some of the beer names, like the name of the brewery come from song titles and records. The Duck Blind beer was created for Mother Earth’s partnership with the Down East Wood Ducks minor league baseball team. The stadium has a Mother Earth Pavilion with a rooftop bar to sit and watch the game and sip a delicious local beer. Each beer is trademarked.

Mother Earth Brewery doesn’t stop at beer. Their newest product is their spiked and sparkling hard seltzer under the name of Sercy. This refreshing hard seltzer comes in many fruity flavor combinations. Sercy along with Mother Earth’s beers can be found in all grocery stores in N.C. and some locations in additional states.

Whether you grab a pack of Mother Earth beer from the grocery store and enjoy it by the ocean (or wherever nature takes you), you visit the vibrant brewery in downtown Kinston, you attend a Down East Wood Ducks game, or you enjoy Mother Earth beer at a soul food restaurant, I leave you with this note, “Peace, Love & Beer.”